Curious about your thoughts on Essig’s game designs such as OCS, BCS, TCS, or any of his systems.

I don't have much experience with his games. OCS has felt a little too daunting. I have tried a bit of BCS (Blazing Chariots?) and want to play some SCS as well. I have Ariete (TCS) but have not got it played yet. I know there are a ton of OCS fans out there so the system must be worthwhile but something keeps me from trying it. I know there are a few smaller OCS titles so I could check it out without committing to a huge game.

Are you an Gamers fan? If so, which system? What are your favourite titles?

To be fair I’m not much of a gamer, since I don’t seem to play. Like you I started in the early 70s, however I did not really play opposed until the 80s/90s, and that was mainly ASL, and only for a handful of sessions. Beyond having reread OCS rules many times in the past—I seem to be both a rules reader and wargame collector, I am currently in depth into OCS. I’m doing an experiment with SwiftUI and OCS on an iPad that makes me feel I’m playing a real war game (like an extremely poor rendition of VASSAL). Anyway the long and short of it is, OCS is the current system I’m looking at. I have read/heard that because of its required use of extenders, and smaller games, Smolensk is a good introduction to OCS. Although I have this title, my current experiment is with the first Sicily, which I feel is not a great introduction to OCS since it involves the Naval rules; great for an experiment though. 🙂 In general though I really like Essig’s designs of which I own many titles from. Given though I’m not really a gamer it would be fun to hear your opinions on it. Either way your podcast is quite enjoyable.

I suffered through being a collector/solo player for years until I founded the ASL club. Until then most of my opposed play had been pbem ASL via GEnie and BBS systems. I still enjoy playing regular wargames solo, playing both sides (I'm not much interested in most solo games). The big breakthrough that got me playing way more opposed games was VASSAL PBEM. Once I got the hang of that, I started playing a lot more opposed.

I do look forward to playing more from the Gamers. Such a popular series must have something going for it. 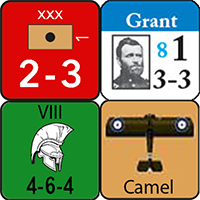